The Dangers of Vehicle Exhaust

Diesel exhaust, the ubiquitous black smoke that can be seen streaming out of large trucks, has recently been getting a lot of attention. The Natural Resources Defense Council (NRDC) launched a Dump Dirty Diesels Campaign with the ad slogan in 1996: "Standing behind this bus could be more dangerous than standing in front of it." After eight years of research, the California air resources board (CARB) finally declared the soot, or particulate matter, from diesel exhaust to be a cancer causing pollutant. CARB also identified forty chemicals found in diesel exhaust as toxic air pollutants. The U.S. Environmental Protection Agency (EPA) is currently conducting its own study of the health impacts of diesel exhaust. They have already introduced new regulations reducing allowable emissions from heavy duty trucks and buses. The new standards, however, will not be applied until 2004 and only to 2004 and later model vehicles.

Diesel exhaust can cause a number of health impacts, which are listed in Table 1. The exhaust contains some known carcinogens and hazardous materials. Arsenic, benzene and nickel, are known carcinogens among many other suspected carcinogenic components of diesel exhaust. The exhaust contains 38 other components that are hazardous pollutants listed by the EPA. (compared to the 40 recently identified by the CARB) including suspected carcinogens benzo[a]pyrene, 1,3-butadiene, and formaldehyde. The exhaust itself is listed as a probable carcinogen by the EPA, NIOSH (National Institute for Occupational Safety & Health), and IARC (International Agency for Research on Cancer). 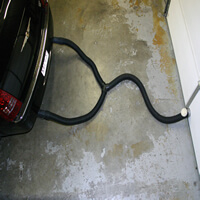 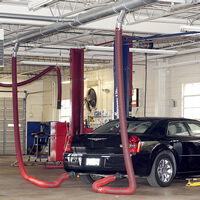 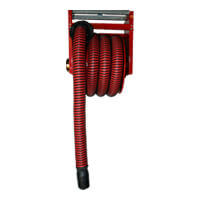 There is plenty of evidence from studies with rats and mice that diesel exhaust is carcinogenic. However, it is listed only as a "probable carcinogen" because the ubiquitous nature of diesel exhaust makes human carcinogenicity extremely difficult to prove. Diesel exhaust is very strongly linked with lung cancer, especially for people who are occupationally exposed. Higher incidences of bladder cancer from occupational exposure to diesel exhaust have also been suggested but are still not proven. In addition to concerns over cancer, diesel exhaust has also been identified as a mutagen. Biochemical changes are induced or intensified in cells by mutagens, radiation being a famous example.

The EPA and Harvard School of Public Health as well as other experts in public health estimate that particulates in the air are responsible for at least 60,000 premature deaths in the U.S. each year [1]. Researchers believe majority of the health risk from diesel exhaust is caused by PM, which can carry many harmful organics and metals. The PM averages 0.1 to 0.25 microns (1 x 10 -6 meters), with 75 percent of particles less than 1 micron. This is a size range easily inhaled, resulting in possible lung cancer or non-cancerous lung damage. The particulate matter also, like other forms of air pollution, has the greatest impact on children, asthmatics, and the elderly.

Non-cancer toxicity from chronic exposure to diesel exhaust causes such respiratory ailments as airway restrictions, reduced pulmonary function, and immunological and allergenic reactions. This is much like the effect of smoking cigarettes, however, the inhalation of diesel exhaust is involuntary. Acute exposure can cause tissue irritation and permanent respiratory damage. Exposure and sickness from diesel exhaust is usually hard to pinpoint, since affected people can exhibit cold-like symptoms of headache, runny eyes and nose, nausea, and asthma-like responses. Exposure usually occurs directly through breathing exhaust, though particles can deposit on skin as well. Once inside the body, the pollutants are absorbed through tissue to the bloodstream and eventually are excreted as other toxins in the body are.

In addition to the health effects discussed above, most of the pollutants from diesel exhaust are regulated by federal air standards called NAAQS (National Ambient Air Quality Standards). The standards were set up by the 1970 Clean Air Act to protect public health and welfare. Today, NAAQS put limits on the concentration in the air of CO, NO2, SO2, PM, Hydrocarbons excluding methane, Ozone, and lead. When areas, such as Houston-Galveston for example, exceed these concentrations of air pollutants, they are said to be non-attainment areas and the state must create a plan (SIP -state implementation plan) to reduce pollutant concentrations below the NAAQS.

Air emissions of diesel exhaust are more than just another air pollution issue. Diesel exhaust can deposit onto water, soil, and vegetation, contaminating anything it comes into contact with. It contributes to global warming because it contains the greenhouse gases methane and carbon dioxide and fine carbonaceous PM. Diesel exhaust also contributes to acid deposition because it contains nitric and sulfuric acids and other substances which can be transformed to acidic PM in the atmosphere. The NOx portion of diesel emissions also contributes to ozone (O3) formation and eutrophication of coastal waters (spurring algae to bloom to such an extent that the algae blocks sunlight from aquatic life beneath the surface). The contribution of NOx to the formation of ozone is significant in the Houston-Galveston area because it is a non-attainment area for ozone air pollution standards. Ozone in the troposphere (caused by pollution), as opposed to stratospheric ozone (the good ozone) has been known to exacerbate asthmatics and increase hospital admissions on high ozone concentration days.

Exhaust emissions come from mobile sources, stationary area sources (oil & gas production and industrial), and stationary point sources including industrial, electric utilities, and commercial-institutional sources. From mobile sources, heavy duty engines emit 60 percent of NOx, 17 percent of hydrocarbons, and close to 90 percent of total particulate emissions [3]. The following Figures 1 -3 show the sources of NOx, VOCs, and CO in the Houston-Galveston area in 1993. From these figures, it is apparent that mobiles sources in this area contribute to a significant amount of the total NOx and CO pollution, 31 and 57 percent respectively.

Though diesel emissions in Texas have not been studied extensively, California has analyzed its own diesel exhaust problem extensively. In 1990, approximately 3.3 billion gallons of diesel fuel were burned in internal combustion engines in California, producing almost 58,000 tons of highly respirable diesel exhaust. Motor vehicles emit ~ 70% of diesel exhaust particular matter (PM) in California in 1990. A study in Vienna, Austria showed that diesel exhaust comprised 12 - 33 % of total PM in the air. Knowing this, one can easily ponder whether it’s safer to stand in front of a truck or behind it. Diesel exhaust is a serious threat to public health.

Also known as diesel fumes, diesel exhaust is a complex mixture of gases and diesel particulate matter (DPM). Components include The major component of diesel exhaust is soot (60%-80%). This is what you see coming out of the exhaust pipe.

Most of the DPM, also known as fine particulate matter, consists of particles so tiny they are easily inhaled and deposited in the lower lungs where they cause various health effects.

Some short-term (or acute) health effects are:
In addition to these immediate problems, diesel exhaust can cause chronic health problems. The National Institute for Occupational Safety and Health (NIOSH) considers diesel exhaust a potential human carcinogen (cancer-causing substance). It may take many years after the first exposure for diesel-related cancer and other health impacts to develop.

Briefly, the overall goal of this program is to better define the magnitude and characteristics of work-related deaths and severe injuries among fire fighters, to develop recommendations for the prevention of these injuries and deaths, and to implement and disseminate prevention efforts. A five-part integrated plan, centered on the field investigation of fire fighter fatalities, is outlined below.

Cardiovascular Disease Fatality Investigations
Cardiovascular disease (CVD) has been a significant cause of work-related death among fire fighters for many years. This NIOSH activity includes a multi-factorial assessment of personal, physiological, psychological and organizational factors associated with CVD deaths among fire fighters while on duty. Other factors are considered such as measurement of carbon monoxide and assessment of other exposures and body burdens at various types of fires. http://www.cdc.gov/niosh/fire/
A. Source Capture - Capture at the source is the only feasible method to eliminate all diesel exhaust from the firehouse or garage. (www.NFPA.org)
B. Ventilation

C. Isolate the Worker from the Exhaust

As many workers as possible should be relocated away from areas containing diesel exhaust. This will prevent needless exposure for workers not directly involved in operating or maintaining diesel-powered vehicles. Operator exposure to diesel exhaust should be controlled by closing the cab windows when vehicles are running. Air conditioned cabs are critical to providing this safeguard year round. While diesel gases can seep into vehicle cabs when the windows are closed, this will limit contact with the particulate matter found in diesel exhaust. 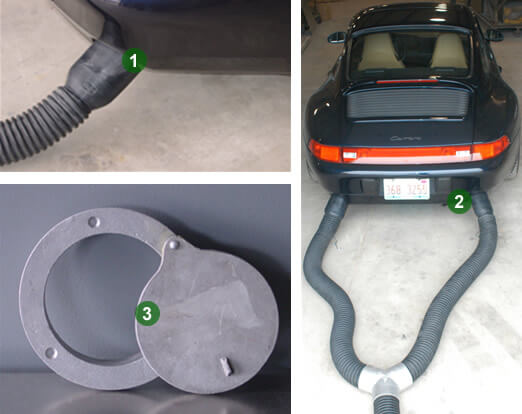 1. An appropriate nozzle is selected for your specific application.
2. Hose is attached directly to the vehicle and easily modified for dual-exhaust.
3. Hose is vented through or under the garage door with the assistance of a fan. 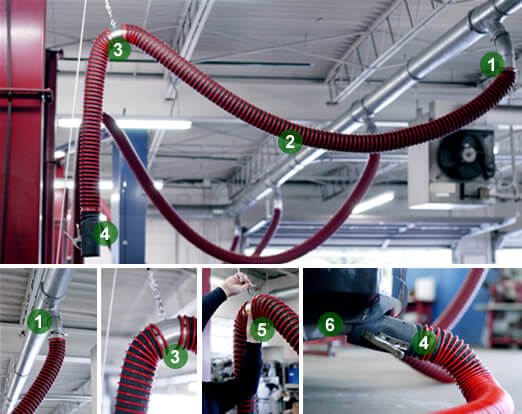 1. Connects directly to the ducting system.
2. Hose is designed with the exact temperature and length needed for your custom application.
3. Hose is stowed using an elbow joint which suspends the hose.
4. A nozzle is selected which meets the needs of your custom application.
5. The hose is lowered from the ceiling and easily unclipped for use.
6. The nozzle (4) easily attaches to the exhaust source. 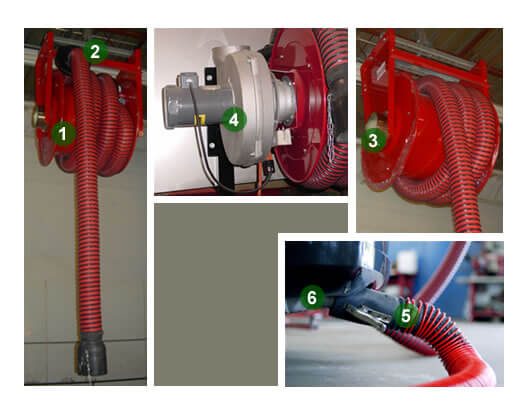 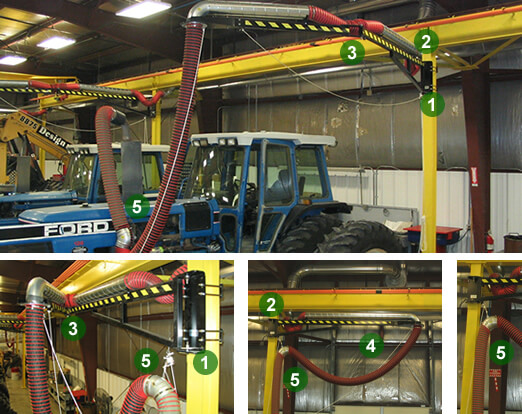 1. Boom arms can be mounted to a wall or braced to a beam, making them perfect for high ceilings or buildings with overhead cranes (a problem for other systems).
2. The boom arm swivels at the base, allowing it to tuck against the wall for out-of-the-way storage.
3. A Pivoting-Articulating style (optional), allows the arm to bend in the middle, providing for additional length and more compact storage.
4. A Pivoting style (standard), does not fold in the middle, but only allows pivoting at the base.
5. When the hose is not in use, or when the arm is stored, the hose can be lifted and stored. A rope/pulley system ties to a lifting elbow located in the middle of the hose. This allows for neat and compact storage when not in use.

Thank You. We have received your request and we will contact you shortly.